Shortly before Christmas 2020, Ruth Watson wrote this update on the hospitality industry. Since then much has changed – but the lessons remain the same.

A third of the nearly million job losses in 2020 were in hospitality. That’s about 300,000 people now out of work. To put it in perspective, the fishing industry over which EU Brexit negotiations are floundering (yes) employs around 12,000 people. I do not wish to trivialise the fishermen’s rightful anger over what has befallen their industry over the last decades but, in terms of employment, the national economy and the convivial life of towns and cities, it is vital that thousands of hospitality businesses do not also sink without trace.

Of course, some insufficiently well-funded or well-run operations will have been struggling to survive, regardless of the pandemic. At the other end of the spectrum, many restaurant chains were far too highly geared and also on the brink of collapse. Nevertheless many successful businesses from the highly profitable Pret A Manger to the single site Coach House café in Bristol, have either had to close branches or close completely, simply because their essential, office-based clientele has completely evaporated. No business plan has ever had to take into account the effects of a pandemic, and an entire population being forced to stay at home.

Fortuitously, we advertised Watson and Walpole, our newly opened restaurant in Framlingham, as ‘neighbourhood’ from its inception. We had planned to open just after the first lockdown and were caught out badly both in terms of furloughing and zero revenue after a large injection of capital. But from August, when our doors eventually opened, we immediately reaped the benefits of being in a small market town. While the cornucopia of sophisticated variety embodied in urban life had become inaccessible, provincial restaurants like ours gained from having willing and able customers right on their door step.

But then the 10pm curfew came into play and, even with an earlier start, we struggled to fill enough tables in the allotted time. It didn’t help that despite many an avowal that the virus had ‘brought us together’, this was not demonstrated by all customers: either they blamed our stoical staff for cutting short their dinner or tried to extend their stay by eating deliberately slowly. Still, we managed to maintain profitability.

We remain in Tier 2 and can only weep for the circa 40,000 establishments in Greater London that have just been closed completely by the Tier 4 strictures. Even so, it’s increasingly difficult to keep going. The recent ruling that only one household per booking is permitted has been disastrous in the run-up to Christmas. People want to eat out with friends, not the person they have been cooped up with all year. Even the most beloved face can take on the allure of Matt Hancock droning on about following ‘the science’. The result is a restaurant technically full but with half the normal number of covers. Fortunately we do not employ many full-time staff but with the debacle of Brexit on the immediate horizon, as well as the virus running rife, it looks more than likely that even local restaurants will remain dark in January. 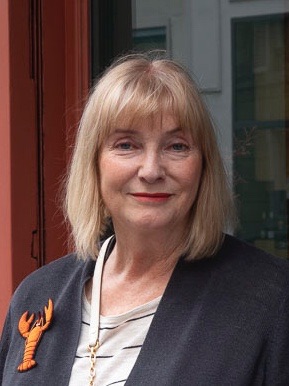