Silvija Davidson has fond memories of Charles, who died on 23 December 2020, from numerous judging occasions and celebratory dinners. She asks three of his colleagues what they will miss about the great man.

It seems apt that all three have a close connection with Great Taste, perhaps the best-known awards arm of the Guild of Fine Food (GFF), and with which a number of GFW members have been involved. If you missed encountering Charles in one of the judging sessions, you would certainly have been drawn to his mock-sonorous tones in the Three Star judging videos playing at Guild HQ. He was acute, amusing, arresting.

In 2018, the GFF gave Charles the inaugural ‘Contribution to Fine Food’ award (the following year our former President Xanthe Clay was a recipient of this coveted award, which ‘celebrates those who have quietly championed food and drink producers and gone out of their way to promote the best artisanal ingredients and good farming practices in the process’).

In an aptly exuberant speech delivered on the occasion by Charles’ friend and colleague Nigel Barden, Nigel noted how the ‘writer, chef, imbiber and appreciative quaffer’ started off on a rather different tack, turning down a place at Cambridge University to pursue a writing course that took Charles into an early career in advertising, during which he penned the ‘Great Balls of Fire’ strapline for Edam cheese.

Writing called again after a stint running his own restaurant, and for many years Charles produced articles and restaurant reviews for a clutch of national papers as well as the Evening Standard, produced ten editions of his Rough Guide to London Dining and a handful of books including ‘Fifty Recipes to Stake Your Life On’, described on the inside flap as ‘the most fun a foodie can have outside a fridge’. There were TV appearances aplenty, from MasterChef to a stint on Celebrity Mastermind.

An extract from Nigel’s accolade will resonate with all who have judged for Great Taste and watched those videos:

‘As a judge for the Great Taste and World Cheese Awards (for the past 13 years) we’ve all enjoyed his thoughtful and insightful considerations on what an ingredient tastes like; the gelatin that squelched beautifully between the teeth from George Macartney’s Corned Beef, the perfect balance of pastry, pork and jelly in Walter Smith’s Pork Pie, or the joy of tasting James Whelan’s Beef Dripping. And he’s always acutely aware that someone has taken time and effort to produce these masterpieces.’

Amongst that bevy of Great Taste Golden Fork winners Charles’ evaluations helped lift to glory is Northern Ireland’s Peter Hannan, known to many Guild members. Peter became a great friend (and, as with Nigel, ‘fellow quaffer’). Describing Charles as ‘a lovely man’ by whose passing he is greatly saddened, he writes, simply but aptly, ‘Our industry has lost a giant, and a gentleman’.

Two years since that rumbustious speech, Nigel notes more quietly how, as well as championing food and drink producers, in his books Charles ‘exalted home cooks, by telling their stories and replicating their dishes’, adding ‘Charles was a considerate, thoughtful judge who never forgot that someone had spent time and effort in producing a product, or dish, and when it wasn’t good, it was even more important to helpfully suggest how it might be improved. Charles was a big man and character, with a fabulous palate and a glorious turn of phrase and he’ll be much missed.’

Final thoughts from John Farrand, Managing Director of the Guild of Fine Food. They seem to me to capture perfectly what I glimpsed of Charles’ apparent irreverence, understatement and authority. Alongside the copy of the speech John sent me he notes now Charles responded, ‘Well done Barden, some of that was true!’. John’s abiding memory of the great man is ‘the way in which he delivered the word “nice”. A word we all avoid but somehow from Charles you know that when he said “well, it’s a very nice pork pie” that meant it was excellent’.

A handful of Guild members have also sent in their reminiscences of this genial and talented man: ‘I first met Charles whilst walking along Kensington High Street. Realising we were both on our way to Olympia for a judging session at the Great Taste Awards, we discussed the various foods we may be tasting. Arriving 20 minutes early, Charles, worried the first tastings could be flavoured vinegars or dairy free “milk”, declared he needed breakfast just in case. So I joined him at Frank’s the greasy spoon across from Olympia, where we scoffed a couple of bacon rolls each. Over the years I met him from time to time at events and he was always charming company. Charles had an encyclopedic knowledge and a deep-rooted and refreshingly unsnobbish love of food. He will be much missed.’ Lyndon Gee

‘Somehow Charles and I discovered that our early lives had been blighted by having been sent to the same public school. We never met without chuckling over our schooldays, but it was only when he invited me to visit Northern Ireland, to discover its burgeoning food scene, that I realised his depth of food knowledge, his integrity and the high regard in which he was held. What great joy he brought to people during his too-short life.’ Orlando Murrin

‘I have great memories of his kindness to me when I was a rookie wine writer, particularly at a prestigious lunch at the Wig and Pen in London. Everyone started to show off guessing, correctly, the vintage and vineyards of the wines being served with the lunch. I was totally silent, partly from lack of knowledge, being a learner still and partly from nerves. Charles gently eased me into the conversation, persuading me to open my mouth and encouraging my attempts at identification. He was also a great raconteur keeping us all amused and interested on long coach journeys on press visits to the various wine regions.’ Judy Ridgway

Northern Ireland Regional Co-ordinator Sam Butler reports that the sad death of MasterChef judge and long-time Guild member Charles before Christmas brought a host of warm tributes from industry leaders. Charles had been a frequent visitor to Northern Ireland and had mentored many food producers and restaurateurs on developing business. He had also worked with several local councils on food initiatives and was a consultant to Food NI, the membership body promoting the UK region’s food and drink.

Food NI’s Michele Shirlow said: ‘Charles was a marvellous supporter of our food and drink and a great help to us in our work to promote local produce. Such was the respect in which he was held in Britain that other writers listened intently to what he had to say about our food and the people behind it.’

‘He also used his longstanding network of contacts within the restaurant industry in Britain to broker contacts between chefs here and in key centres such as London. He helped many smaller producers about how best to secure and sustain business in Britain. We all miss him, his good nature, knowledge and his enthusiasm,’ she added.

Peter said: ‘Charles was a giant of the industry, and a giant of a man, but a gentle giant. If he hadn’t a kind word to say about something, he said nothing...he disliked negativity.’

‘On the many occasions I had the privilege of being his dining companion (when he wished to write a review), if something occurred that meant he couldn’t write a positive review, he closed the notebook and proclaimed “let’s enjoy dinner”.’

‘He was The Godfather of Great Taste, receiving the organisation’s Lifetime Achievement Award last year, and was encyclopaedic on all matters food. We will miss him enormously, but feel so much richer for having known him,’ Peter added. 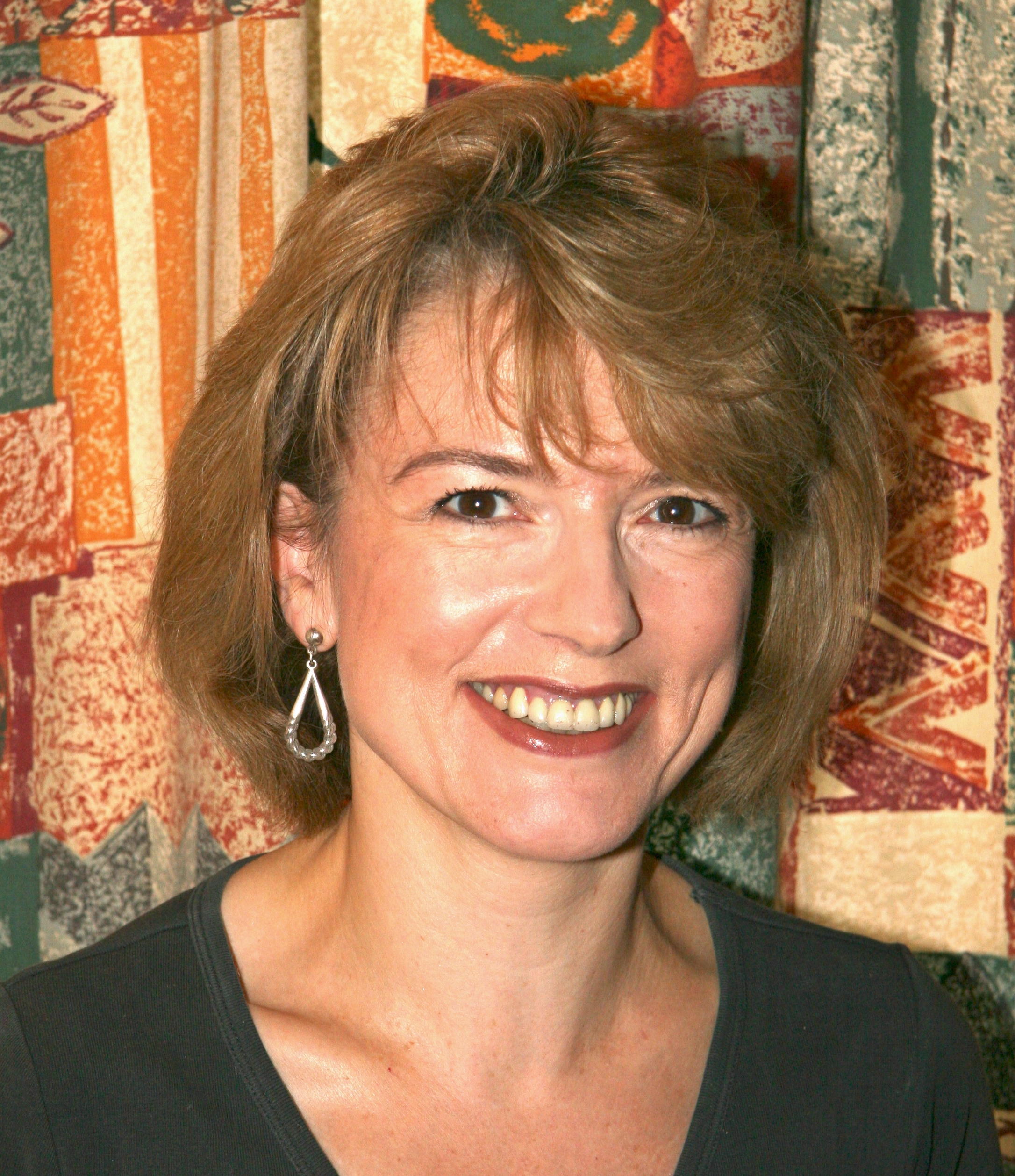