What is your biography as a food writer?

I began expressing myself creatively through words before I could read or write. After winning second place in a national US poetry contest at age 8, I started to imagine a career as a writer in adulthood. It wasn’t until my early 20s that I discovered food and cooking, and fell in love with cookbooks. Then I really had something to write passionately about. I self-published my first cookbook ‘Vegetarian Foodscape’ in 1998 which wedged my foot in the publishing door, and my second book ‘New Vegetarian’ was published in 2001 by RPS in six different languages worldwide. I’ve worked my way through several publishing houses, and my most recent book (my ninth) came out in 2018 – ‘SuperVeg: The Joy & Power of the 25 Healthiest Vegetables on the Planet’ with Murdoch Books in Sydney. I’ve also written columns for ES magazine and The Times online, plus numerous blogs and articles.

What particular niche have you carved out, if any, and do you enjoy that role that you play?

Rather than risk relying solely on the ebb and flow of writing gigs, I thought it best to start a food business. In 2002 I founded Celia Brooks’ London Gastrotours. Writing can be a bit of a lonely profession, so my food tour business gets me out and about and basking on the shores of the abundant London food culture, engaging with producers, chefs and experts, constantly learning and sharing my love, knowledge and passion for all types of food with enthusiastic recipients in real time. When it comes to my writing, eating and cooking, I do have a definite niche, which is vegetarian. This has proved to be a bit of a professional handicap for me. I’ve never taken a political stance on vegetarianism – I just don’t cook meat or fish because I don’t like to eat them. Vegetables in particular are my real passion, and I grow my own on an allotment in Tottenham where I live.

What made you join the Guild, and has it served the purposes you hoped?

I started working at Books for Cooks in 1995, when it was still owned by its founder Heidi Lascelles, and Clarissa Dickson-Wright had just left after falling out with Heidi. This was the ‘Golden Age’ of Books for Cooks, just before the advent of the internet. The shop was the oracle of the food writing world, it seemed to me. There was a GFW members directory in the shop, and I decided that might be the only club I’d ever want to join. I invited at least half the people in the directory to my first book launch in 1998 with postal invites. Nobody RSVP’d except Marguerite Patten, who apologised for not being able to come and wished me well. I joined the GFW in 2001 after my second book was published, and while I was writing a weekly column for ES magazine. I felt honoured and humbled to have arrived in the company of so many of the food writers I held in such high esteem. The many Guild events I’ve attended over the years have been incredibly enriching.

During your career, have you seen the world of food writing change or evolve, and if so, how?  Has it been for the better or for the worse?

If blogs and Instagram had existed when I first started out, writing might just have carried me along a path devoted entirely to that. I think it’s wonderful that the internet provides a platform for anyone to get their writing out into the world. Of course now it’s become over-saturated. I’m glad I got into publishing before it became digital and so exclusively image-driven. I have learned over my 20 years of writing books that publishers, now more than ever, are only concerned with shifting units; you have to swallow many compromises and create a saleable product without selling your soul. It’s tricky.

Do you have a favourite book in your repertoire, and if so, which and why?

Not fair! That’s such a tough question to answer. I suppose if I was forced to take just one book to my desert island it would be Jane Grigson’s Vegetable Book – it’s a timeless, beautifully crafted volume – the definitive work on my favourite subject of all. If I were to recommend one book to fellow Guild members, it would be ‘Why We Eat What We Eat’ by Raymond Sokolov. It’s the fascinating story of how the encounter between the New World and the Old changed the way everyone on the planet eats. 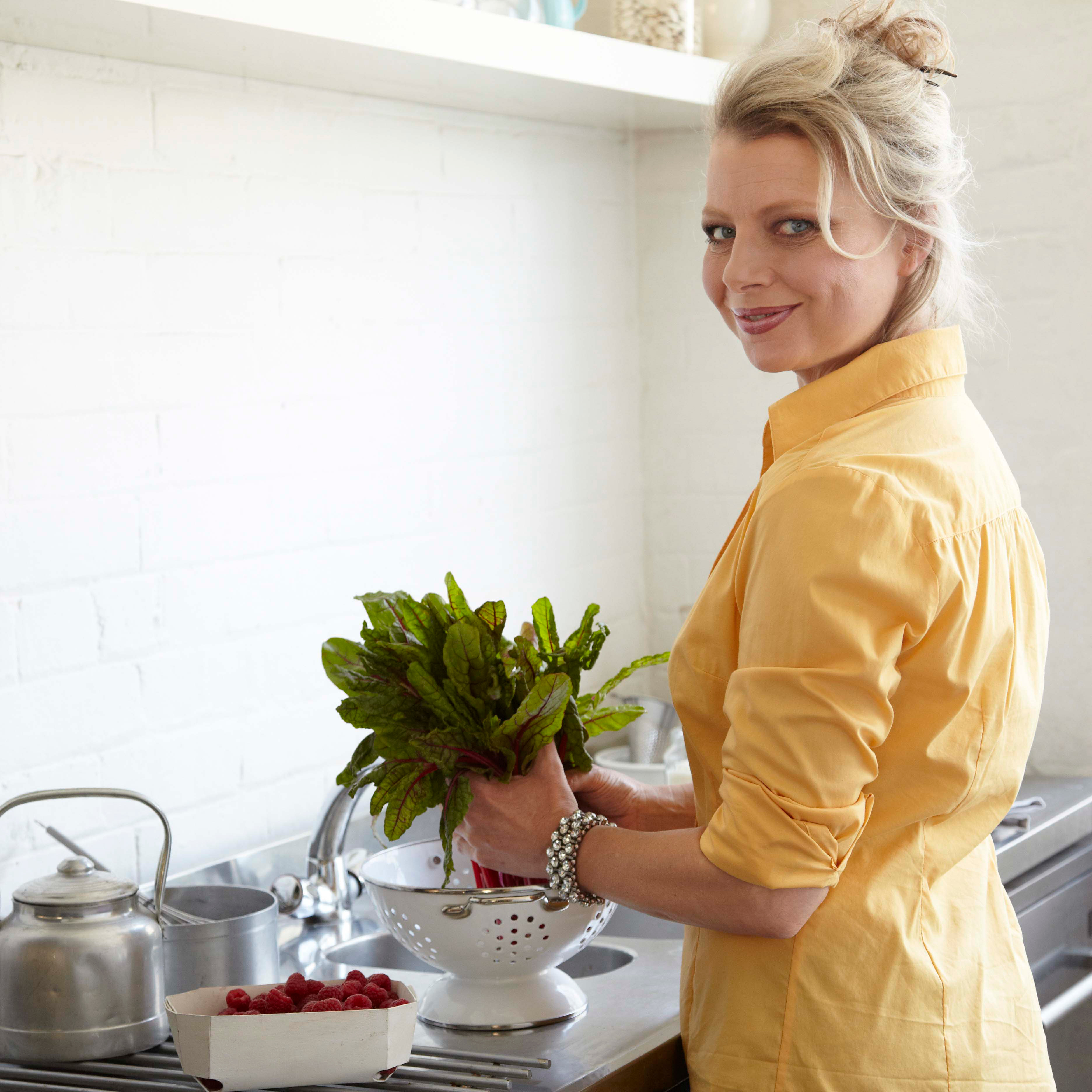