When did you join the Guild and what did you hope your association with us would bring to you? Has it fulfilled your hopes?

I don’t think I am alone among writers in feeling occasional pangs of imposter syndrome. One of the wonderful results of joining the Guild, soon after my first book was published in September 2020, was gaining a sense of validation, my Guild membership signifying that I was a ‘real food writer’. Following on closely to this endorsement was the lovely feeling that I was joining a community of like-minded souls, a group of people who were not fazed by ponderings about obscure pasta shapes or obsessions with the history of the sausage roll. Like singer/songwriters, we cook food as well as write about it, and there is in the Guild an incredibly generous attitude to sharing expert insights gleaned from years at both the stove and the keyboard. I had hoped that membership of the Guild would give me access to a rich pool of knowledge and to a sense of belonging; so it has proved. Joining the Guild in the middle of the pandemic has meant that all my contact has been online. The upside of this has been that despite living in the borderlands of Northumberland, I have been able to join in as many events as time allowed. Having said that I do look forward to meeting my fellow members in person when such things become easier

I know that you have had a career in mental health care. What can you tell us about that?

I studied psychology and philosophy at university many moons ago and then went on to have a career in the arts for twenty years. Redundancy gave me the chance to think about a change of career and as a very mature student I went back to post-graduate studies and qualified and started working in the NHS as a psychological therapist. Things have gone full circle and I am now working back at my alma mater, Newcastle University, as a Student Counsellor. Working with students who are struggling with their mental health is a huge responsibility. The reality is that a helpful intervention at this pivotal and often stressful time for young people can make a significant difference to their experience of higher education and their future wellbeing. One of the things I find myself saying over and over to students is ‘You are not going mad, and you are not a bad person’ two perennial fears. The important message for them to hear is that their earlier experiences have led them to defend themselves, to develop beliefs and assumptions, ways of seeing themselves and the world, which may have helped them in the past but are not serving them well now. Bringing these unconscious patterns and tendencies into conscious awareness is usually the first and most powerfully therapeutic change to happen in our work together and is incidentally something that we all benefit from.

Your recent book, Bread Therapy, is one of my favourite books of the year. How does your approach to bread-making intersect with your writing, and with your interest in mental health?

Thank you. Towards the latter end of my work in the arts I was the Chief Executive of a cultural body and spending a lot of time dashing from meeting to meeting, writing strategies and basically feeling stressed and completely ‘in my head’ all the time. I remember having a strong urge to do something practical, to make something with my hands and I instinctively turned to bread-making. I felt like I had come home. It forced me to slow down, it gave me the satisfaction of making something real by hand, to be creative and to connect with others in a deeply satisfying way. Being a bread maker became part of who I am as well as what I do, and I have baked loaves at least twice a week now for the last fifteen years since that epiphany.

Following my career change, I was now working as a therapist. I love mottos and inspiring quotations and for decades I had had some words from the film maker, Robert Bresson, framed on my desk ‘Dig deep wherever you are’. In thinking about writing a book I realised that ‘digging deep where I was’ maybe meant bringing together my two passions of therapy and bread-making, using as a starting point the psychological benefits I felt I had personally gained from becoming a maker of bread. As my agent pointed out, there are a lot of books about bread and a lot of self-help books but there aren’t many self-help books that use the making of bread as their focus. Bread Therapy was born and generated offers from several publishers before I signed, very happily to Yellow Kite, an imprint of Hodder and Stoughton.

What do you have in the hopper for a next project?

It is a cliché that the days of single careers are over, but I seem to be moving towards my third in a slow and organic way. Starting small, Bread Therapy is becoming, as they say, ‘a thing’. I have got insurance, registered my kitchen with the local authority (awaiting inspection) and have started baking bread to order for people staying in a local holiday cottage and offering one-to-one Bread Therapy bread-making sessions. Not therapy but making bread together accompanied with gentle, therapeutic conversation. I haven’t advertised as I’m not giving up the day job, but I am loving spending time with people passing on what I hope is the joy of bread making.

There is another book mulling but the longer it mulls the more likely it is that someone else brings a similar book out first, which I suppose is an occupational hazard. It will be the same and different to Bread Therapy: I have found my furrow and I hope to go on ploughing it for some time. 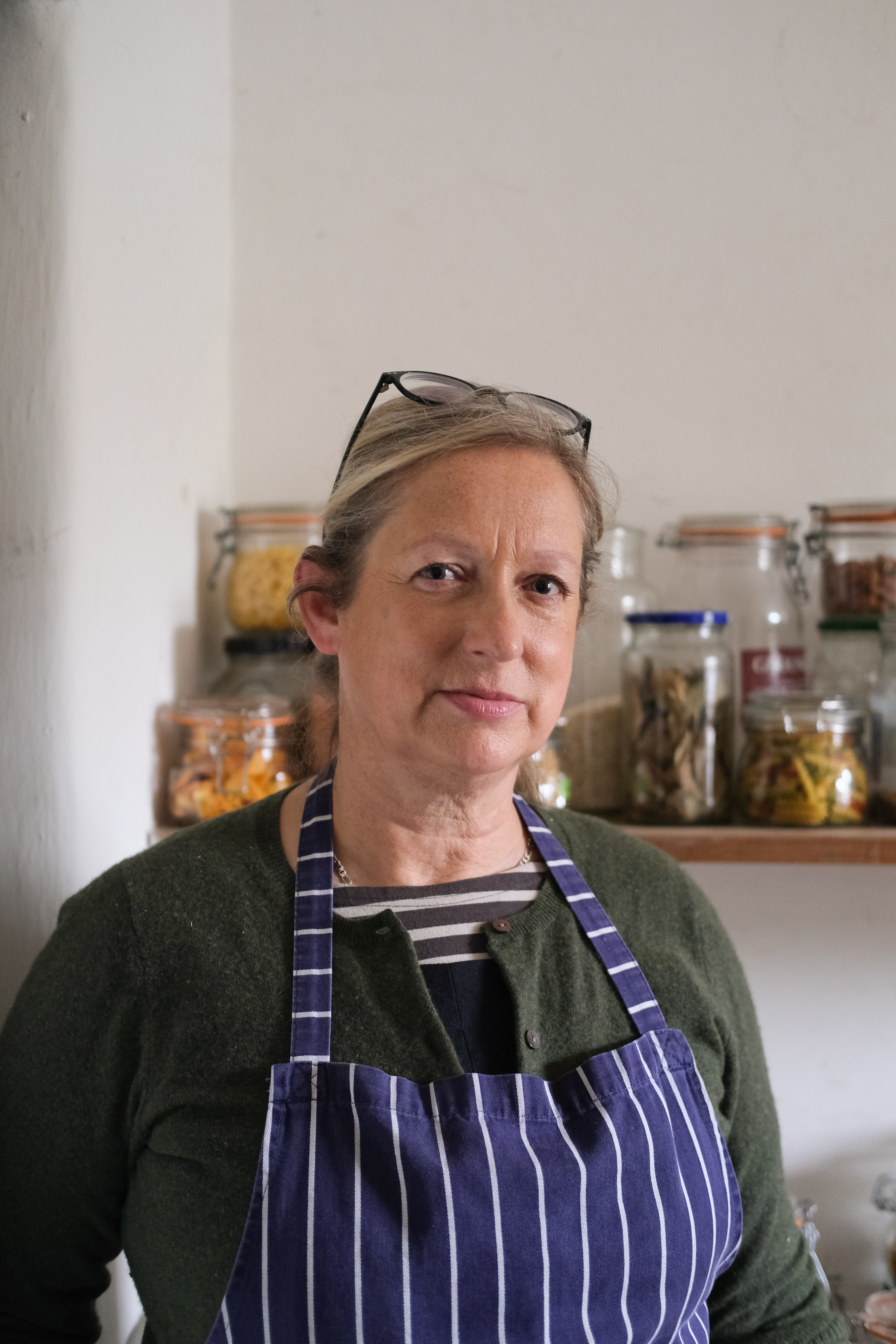