What got you into food writing?

I have probably been writing about food in my head since I was a child growing up in East Africa absorbing all the different tastes and aromas like a sponge. The work of my parents took us to many different tribes and cultures so I had the fortune to be exposed to an explosion of flavour and colour, which has been at the root of everything I have done since. I began cooking and creating recipes with our African cook from the age of four and was known to just go into the kitchen and whip up something from my head, or to recreate a dish that we had enjoyed somewhere without a recipe, but the actual writing began in my teens when I started to create recipes of my own and document ones from my travels. The career in food writing came about much later when I was based in Istanbul as a journalist and spent a lot of time eating my way around central and eastern Anatolia, Syria, Iraq, Egypt and Morocco scribbling down the names of dishes and what was in them. There were rarely any written recipes to collect but I spent a lot of time with women in remote villages learning traditional skills and dishes, which I then wrote about in magazines and newspapers in the 1980s.

Since you’ve written extensively about the flavours of Morocco, can you tell us how you came to specialise in this field?

I have written extensively about the flavours of Morocco but I have written equally extensively about Turkey, the Middle East and Southeast Asia. When I was working as a journalist in Istanbul I was in my early 20s and, after a couple of years of reporting on terrorist attacks, hostage taking, earthquakes, and the influx of tourism, I realized that I really didn’t understand Middle Eastern politics – I don’t even understand British politics – so I moved into food and travel writing which I did understand! As I had studied Social Anthropology at university, it was the culture behind the food that I was particularly interested in and the role that food plays within communities. As a student I spent several months in Morocco studying the Berber culture but I also spent months in India, Sri Lanka and Malaysia, always documenting aspects of these culinary cultures. Once food and travel became the main focus of my writing, I hit the road with a rucksack on my back and lived on a shoestring as I wrote and photographed different food stories. However, I didn’t begin writing books until 1995 at which point I had just bought a ruined croft in the Scottish Highlands where my ex-husband and I planned to make a living as a writer-photographer team. For several years we did manage to accomplish that dream and our first book was on Turkish food, which we photographed in a snowy winter in the ruined croft without any electricity or running water. We had a bucket in the snow as a fridge, a camp cooker for the dishes, and I would run outside with a mirror to reflect any light in the sky back through the window onto the food we had set up. It was ridiculously hit and miss, and we had to eat all our mistakes but somehow the book came together and was shortlisted for a couple of awards which led to more books and the food column in a Scottish Sunday paper.

Has your membership of the Guild made a difference to your career, and if so, how?

If being a member of the Guild has made a difference to my career, it would only be through the mention of being shortlisted for an award. Other than that, I have clutched on to my membership in the hope that it might make a difference, or that it might enable me to keep a foot in the door but, to be quite honest, I don’t think it has had any impact on my career because I have lived the life of a hermit and always on a shoestring so I haven’t ever attended a Guild workshop or an award ceremony. For years I was actually too busy raising my children on my own in a remote part of the Highlands where we were often snowbound for three months of the year and had to ski three miles a day to go anywhere – school, shopping, meetings – and I wrote all my books at night when the children were in bed. During that time I wrote 40 books but not all of them are good – some of them are dull and formulaic but the fee paid for the roof to be fixed, or the Landrover to be serviced. The ones I am proud of are the ones specifically on a culture, as opposed to a generic book of dishes, and for those I would travel to the country for research and photography and I would take my children with me. For me, the joy was in the journey, the people and the writing and not once did I think of putting myself into the books and they were never about self-promotion. I felt it was important to provide enough cultural context to the food so that people who bought the books could understand the importance of a dish or why it was prepared in a particular manner. Some of the books were the first of their kind, such as my first Turkish and Cambodian ones, and many were used by government agencies, scholars and chefs for their own promotional work or for research. Over the years I have received many letters and emails of heartfelt thanks from cooks and academics in these cultures and that means more to me than any money or fame. But I can’t say that my Guild membership played a part of any of these years of book writing.

How do you feel the world of food writing has changed, if at all, since you began working?

The world of food writing has changed in a big way since I began. The first change was with the Celebrity Chef and the money and exposure their books received compared to anyone else; the second was with the self-promotion enabled by social media. The latter hit home recently when I almost lost my home and everything that I had built up on my own over a period of twenty years as I had stopped working to look after my mother, who succumbed to dementia, and completely ran out of money. In an attempt to save my home and lifestyle, I sent book proposals to several publishers I had worked with in the past but one pointed out that, without a social media following my book wouldn’t sell, but I could help a social media celebrity write his. When I discovered that this particular celebrity hadn’t ever been to the country he was going to write about, didn’t speak any of the languages that would enable him to communicate with people, and knew nothing about the culture but had been given three of my books to use as recipe and culture guides, I realized that the power of social media had changed food writing so much that an individual could be paid to write a book about a culture that he or she had never experienced but their thousands of followers meant that the book would sell. The lessons I learned from this was that I would probably never write a food book again; that I would have to start some sort of social media so I opted for Instagram; and that this kind of lack of respect for a culture’s food identity for personal gain can lead to inaccuracies as the information has been taken second or third hand from a variety of written sources rather than from first-hand experience. I see this in quite a lot of ‘celebrity’ books nowadays and, for most people, it probably doesn’t matter – if the recipe works and the food tastes good that is probably all they are looking for – but for the people whose culinary culture has been written about, it does matter.

What food-related book would you recommend to others?

I would recommend any food-related book on a different culinary culture that has been well researched and teaches me something as I love to learn, or a book that inspires me because of the writing and the stories told and the life the author has led. I am not interested in books that just contain recipes, no matter how delicious the photography makes them look (I am guilty of writing some of these and I wouldn’t recommend them either!). Like many people who have lived long enough or who have travelled extensively, I know how to cook most things that would appear in such a book. But there are still real gems out there.

Top of my list is: Longthroat Memoirs by Yemisi Aribisala – her writing is poetic and the food of Nigeria seeps through the pages. And any book by from the wise and experienced hands of Claudia Roden, Yotam Ottolenghi, Madhur Jaffrey and Elisabeth Luard (and food columns by Nigel Slater) as they are all so trustworthy in culture, content, and personal twists. Amongst recent publications I would recommend Fire Islands by Eleanor Ford as it is informative, personal and true to the culture.

What makes you and your writing tick?

My passion for life, food and people. They are all joyous and intertwined. I love stories and I love to learn. I love the written word and I love reading. I notice little things and details. I observe. I listen. I communicate. Writing is my medium for documenting and expressing, more so than images, and I can do it anywhere – up a mountain, in the desert, by the sea, or with a glass of wine on my deck! All of these things make me and my writing tick! 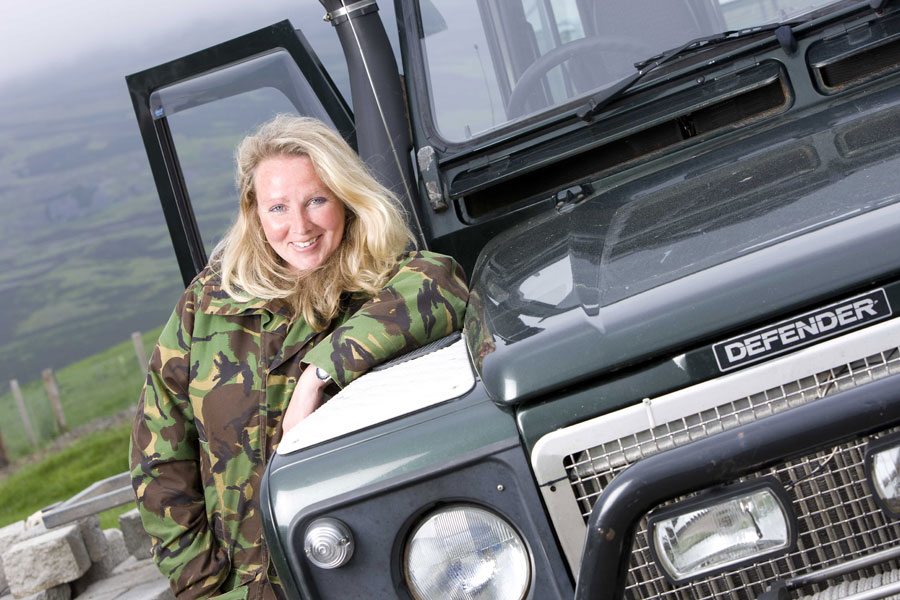